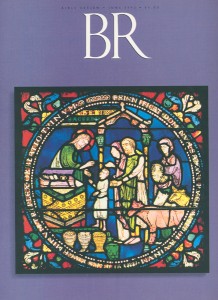 Amos: A Commentary on the Book of Amos

The editors of the impressive Hermeneia series, intending to keep the series up-to-date and to include different perspectives on the biblical books, have decided to include a second commentary on Amos. The first was a translation of H.W. Wolff’s Joel and Amos (1977), in which the author, a scholar from Germany, argues that the nine-chapter book went through six stages of development, ranging in date from the time of Amos himself (8th century B.C.E.) to the post-Exilic period (5th century B.C.E.). In sharp contrast, Shalom Paul, of the Hebrew University of Jerusalem, maintains that Amos is a unity as it stands, with perhaps a minor addition or two. Thus, unlike many other commentators, Paul considers the optimistic ending, which speaks of the Lord’s raising the fallen booth of David, as an original part of the book. In defending his position, he lays heavy stress on literary and stylistic features that relate parts of the book one another. Paul prefers not to follow the recent suggestion that Amos was from the northern kingdom (Israel), where he prophesied; instead, he accepts the traditional notion that his hometown, Tekoa, was the place of that name in Judah. The author has written extensively on biblical prophecy and here offers the reader the benefits of his wide expertise. The volume is armed with the features that one has come to expect in the Hermeneia series: a long bibliography, detailed textual as well as expository notes, and complete indices of passages, authors, names and subjects.