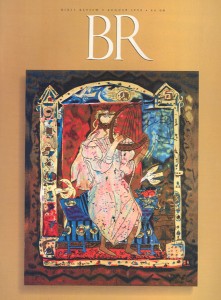 We may owe our civilization to beer. The standard theory of the rise of civilization proposes that nomadic hunter-gatherers settled down to cultivate crops. Since about 1950, however, dissident scientists have argued that the large amount of work involved in early grain cultivation would not have been worth the small yield of food. These dissidents suggest that the motive for the cultivation of crops may have been the desire to brew beer.

This theory has gained support in recent years especially with respect to barley, which may have been domesticated as early as 10,000 years ago even though it requires a lot of work to cultivate and despite the availability of other food resources. Modern studies have also revealed that beer, due to the brewing process, has a higher nutritional value than the barley itself. Proponents of the beer theory of civilization speculate that beer may have been discovered when some courageous soul decided to taste some wild barley that had fermented naturally while in storage.

Certainly by the time of the world’s first civilization—Sumer, in the southern part of modern Iraq, in the late fourth millennium B.C.E.—beer had become an important product. The Sumerians took their beer seriously, so much so that it had its own patron goddess, Ninkasi (meaning, perhaps, “Lady who fills the mouth”).