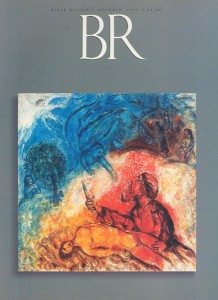 The Lost Gospel. The very concept provokes a flood of questions. If it is lost, how do we know it ever existed? How do we know what was in it? Who lost it? And how was it lost? Perhaps most intriguing of all: Will it ever be found?

A new book by Burton Mack, entitled The Lost Gospela provides some answers that will startle many Christians. Mack is a highly respected professor of New Testament at the Claremont Graduate School in Claremont, California. The book jacket contains glowing endorsements from a variety of major figures in the study of Christian origins. Mack is not to be dismissed as some kind of offbeat quack. His major conclusions are widely 035shared by New Testament scholars. Yet his analysis calls into question the very presence of a Christological element in earliest Christianity.

The Lost Gospel is not a discovery of Mack’s. It has long been known to scholars, if not to the lay public. It is called simply Q, because we don’t know its original name if, indeed, it had one.

It was “discovered,” if that is the right word, in the early 19th century by scholars working on one of the most vexing problems in New Testament scholarship, the so-called synoptic problem. The synoptic problem is this: When three of the four New Testament Gospels are laid side by side, it is apparent they share much in common. These are the Gospels of Matthew, Mark and Luke. Because of their commonalities they are referred to as the Synoptic Gospels, from the Greek meaning “to see together.” They see things very much alike.