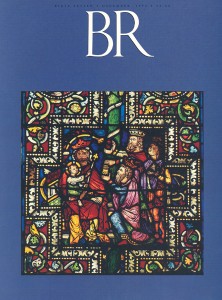 Near the time of Jesus’ birth, “wise men from the east” appeared in Jerusalem inquiring, “Where is he who has been king of the Jews? For we have seen his star in the east, and have come to worship him” (Matthew 2:1–2). What exactly was this star?

Matthew tells us that it “went before” the magi, and that “it came to rest over the place where the child was” (Matthew 2:9). This is surely strange behavior for a star.

Over the centuries commentators have suggested that this star was a planetary conjunction, a comet or a supernova, a so-called new star.1

Grave difficulties beset each of these proposals, however. True, comets do traverse the sky, and supernovas and planetary conjunctions, because of the earth’s motion, at least appear to move. But that a lighted object high in the sky above could guide someone on the earth below to a precise location simply makes no sense. St. John Chrysostom, the famous Antiochean preacher of the fourth century, long ago recognized the difficulty and proposed a solution: