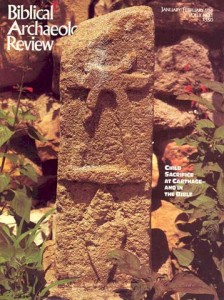 The Old Testament Pseudepigrapha: Volume I, Apocalyptic Literature and Testaments

The publication of this book constitutes the single most important event last year in the study of the Hebrew Scriptures and ancient Judaism, and I suspect, in the last decade. This magnificent volume takes its place, on the day it is published, on the shelf of every person interested in the Hebrew Scriptures (“Old Testament”). It replaces a classic of Biblical studies, R. H. Charles’s Apocrypha and Pseudepigrapha of the Old Testament, II: Pseudepigrapha (Oxford, 1913), and today becomes a classic itself.

What has Charlesworth wrought? Why is it important? Let us begin by identifying the kind of ancient writings collected here. Jews in ancient times wrote many holy books; only a few attained sufficient status to be included in the canon of Scripture. Many other writings, although claiming divine inspiration, were not canonized. These non-canonical, or pseudepigraphic, writings were preserved either by accident (for example, in the dry sands of the desert) or by choice (for example, in the diverse churches of early Christianity). Not until the early 18th century did scholars, beginning with Johannes Fabricius, collect and identify these writings and study them in connection with the Bible.

When R. H. Charles published his great collection, which I referred to above, he selected from a vast and scattered literature.