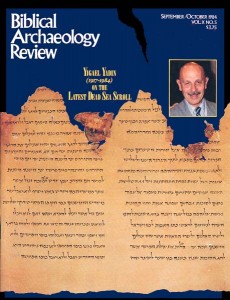 In the King James Version of the Bible, it’s translated unicorn. But that’s not what re’em means. Re’em is the Hebrew name for Oryx leucoryx or oryx for short.

This animal is also called the Arabian oryx, the White oryx and the Beatrix oryx because it used to be found in the Arabian desert and it’s white and beautiful. But in Israel, it is now being called the Biblical oryx—with good reason.

Oryx leucoryx was once a lord of the entire Middle East. Its domain embraced most of the Land of Israel. It also inhabited the hostile deserts of Sinai and the undulating Syrian Desert. It even laid claim to the Arabian peninsula—the Great Nafud and the forbidding Rub al’Khali. It was a prince of the land from the Mediterranean to the Arabian Sea.

The extraordinary strength of the oryx is reflected in a relevant simile in Numbers 24:8 describing the strength of God: “God who freed them [Israel] from Egypt is for them like the horns of the oryx. They shall devour enemy nations, crush their bones, and smash their arrows.”