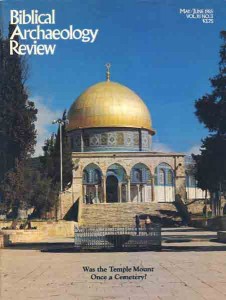 An enormous number of Iron Age fortresses have been uncovered in the Central Negev, especially in recent years. The question is, what are they doing here? The answer depends in large part on who built them. And to determine who built them, we need to know as precisely as possible when they were built.

The remains of a few of these fortresses were found even before World War I. In their famous archaeological survey for the London-based Palestine Exploration Fund, Sir Charles Leonard Woolley and T. E. Lawrence (“Lawrence of Arabia”) discovered Qast er-Ruheileh, Bir Birein and Tell Ain el Qudeirat in what they identified as the Biblical “Wilderness of Zin.”1

Nothing else happened until the 1950s and early 1960s, when some additional fortresses were identified in surveys of the area conducted by the American rabbi-archaeologist Nelson Glueck and, later, by one of Israel’s leading archaeologists, Yohanan Aharoni.2