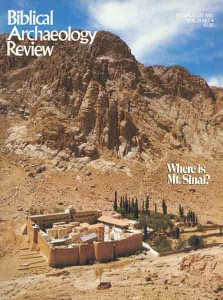 Speaking Egyptian is tough—impossible, really. Even Egyptians can’t do it. As in other modern Arab countries, Egyptians today speak Arabic.

Why should speaking Egyptian be so difficult? Hundreds of thousands, if not millions, of ancient Egyptian children were able to speak it by the time they were two years old. It was no more difficult for them than learning to speak English was for you.

The scholars can’t speak it because they don’t know how it was pronounced. In Egyptian, as in Hebrew, only the consonants were written, not the vowels. The last hieroglyphic inscription was written around 394 A.D. Sometime after that Egyptian truly became a dead language. By contrast, some people always continued to speak Hebrew (and therefore knew how to pronounce it, even though the vowels weren’t written).a In about the tenth century A.D. a form of diacritical markings for Hebrew writing was standardized to indicate what vowels were to be used in pronouncing the words. Thus, we have a good idea of how Hebrew was pronounced. The same cannot be said of Egyptian.b