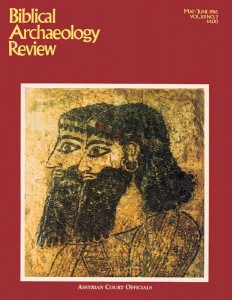 F. A. Klein was an Anglican minister, born in Alsace, who came to the Holy Land as a medical missionary in the mid-1800s. Although he lived in Jerusalem, he traveled widely on both sides of the Jordan, seeking to relieve pain and win converts. As a result of his work in Palestine, he spoke Arabic fluently and had many friends among the Arabs.

Indeed, he was the only Westerner who could travel without danger in certain areas east of the Jordan, where the Bedouin were a law unto themselves. The Turkish government, although officially in control of the countryside, could not guarantee the safety of travelers. Since the Crusades, fewer than half a dozen Europeans had traveled in the barren desert areas of Transjordan. In the summer of 1868, Klein traveled on horseback to treat the sick in the area of ancient Moab, east of the Dead Sea.

On August 19, 1868, Klein stopped at an encampment of Bedouin of the Bani Hamidah tribe at Dhiban, Biblical Dibon, about three miles north of the Arnon River. He was accompanied by Zatam, the son of his friend Findi al-Faiz, the sheikh of the Bani Sakhr, the most powerful tribe in Transjordan at the time, so he was guaranteed a most courteous reception.