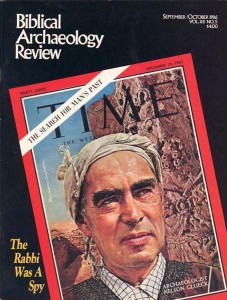 Reverend MacLennan and Dean Kraabel have performed a real service by questioning the view, so commonly held, that in antiquity there was a large class of gentiles, the so-called God-fearers, who stood somewhere between paganism and Judaism.1

What we call God-fearers, as MacLennan and Kraabel recognize, actually refers to several Greek terms. In the Book of Acts we find phoboumenoi (“those fearing”) and sebomenoi ton theon (“those reverencing God”). Elsewhere in classical literature we find such terms as theosebeis (“God worshippers”) and metuentes (“those who fear”).

That such terms existed is undeniable. For convenience, we may refer collectively to these (and similar) terms as God-fearers.

The variety of terms used contemporaneously for this phenomenon—whatever it is—suggests that the terms are not technical terms—at least, they were not in the first century A.D. If the terms were technical, why would Luke change so abruptly from one to the other?2 To this extent, I agree with MacLennan and Kraabel.