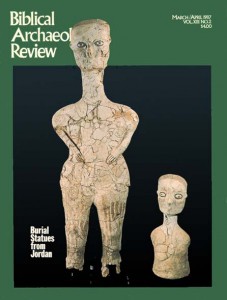 William G. Dever, the world’s leading academic opponent of the term “Biblical archaeology,” has now declared the age of the “New Biblical Archaeology”—and his support of it.

Dever, the excavator of the Solomonic gate at Biblical Gezer, former director of the William F. Albright School of Archaeological Research in Jerusalem and the leading candidate for the prestigious and coveted presidency of the American Schools of Oriental Research (he is now its second vice-president), has long urged that the term “Biblical archaeology” be “abandoned” as no longer useful.a According to Dever, “Biblical archaeology” represents an historical fossil, a movement of the decades of the 1930s to the 1960s spearheaded by Dever’s teachers whose theological bias fatally flawed their work.

Speaking to an overflow audience at the recent Annual Meeting in Atlanta,b however, Dever came out in favor of the term “New Biblical Archaeology.” Presumably, its practitioners would be known as “New Biblical archaeologists.”