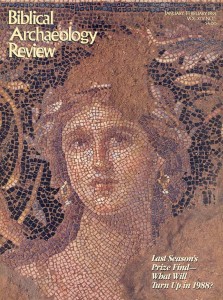 This is a story about Jacob, but it must be told the long way around. The reader must trust me to get there eventually. And I think the reader will find the route itself interesting.

In the third century B.C. there lived a famous Egyptian historian named Manetho. Unfortunately, none of Manetho’s works has survived; they exist only as quotes by other authors.

By vocation Manetho was an Egyptian priest associated with the cult of Serapis. He was not only well versed in the high Greek culture of his day, but he was also thoroughly familiar with Egyptian lore and could read hieroglyphics. He was the first Egyptian to write a history of his country in Greek.

Manetho was also, like so many of the well-educated Hellenistic Egyptians, anti-Jewish. Indeed, he figured prominently in the Egyptian emergence of anti-Jewish polemical literature in the third century B.C., especially in Alexandria. Ironically, a Jewish historian was responsible for preserving most of the fragments of Manetho’s writing. Josephus, the famous Jewish historian of the first century A.D., quotes extensively from Manetho, and it is primarily in this way that Manetho’s work has come down to us. Aside from what Josephus quotes, only a mere scrap or two of Manetho’s works are quoted in other ancient writings.