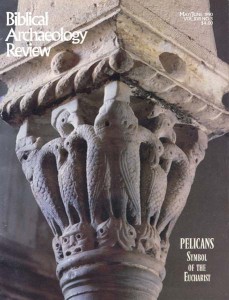 In the spring of 1843, Paul-Emile Botta, the French consul at Mosul in present-day Iraq, invited Austen Henry Layard, then 26 years old and the British ambassador’s secretary in Constantinople, to join him at a site Botta thought was ancient Nineveh: “Come, I pray you,” Botta wrote, “and let us have a little archaeological fun at Khorsabad!”

Although Layard’s notes indicate he was “anxious to visit” the site, he did not actually do so until August 1846. He found it an unhealthy place: “During M. Botta’s excavations, the workmen suffered greatly from fever, and many fell victims to it.”1 He was also somewhat critical of Botta’s excavation methods and was not very impressed with the remains.

For himself, Layard chose the site of Nimrud, about 35 miles south of Khorsabad. He began excavating Nimrud in 1845 and was soon as handsomely rewarded as Botta with monumental sculptures and other Assyrian treasures—now on display at the British Museum in London.

In 1849 Layard turned his attention to the ruins of Kuyunjik, on the other side of the Tigris River, opposite modern Mosul. Ironically, Botta had been here earlier, in 1842, but he had abandoned the site after a few months without discovering any remarkable remains.2