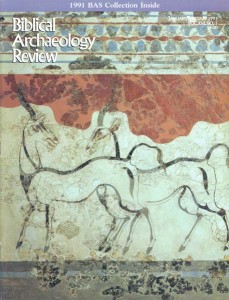 Assyrian national history, as it has been preserved for us in inscriptions and pictures, consists almost solely of military campaigns and battles. It is as gory and bloodcurdling a history as we know.

Assyria emerged as a territorial state in the 14th century B.C. Its territory covered approximately the northern part of modern Iraq. The first capital of Assyria was Assur, located about 150 miles north of modern Baghdad on the west bank of the Tigris River. The city was named for its national god, Assur, from which the name Assyria is also derived.

From the outset, Assyria projected itself as a strong military power bent on conquest. Countries and peoples that opposed Assyrian rule were punished by the destruction of their cities and the devastation of their fields and orchards.

By the ninth century B.C., Assyria had consolidated its hegemony over northern Mesopotamia. It was then that Assyrian armies marched beyond their own borders to expand their empire, seeking booty to finance their plans for still more conquest and power. By the mid-ninth century B.C., the Assyrian menace posed a direct threat to the small Syro-Palestine states to the west, including Israel and Judah.