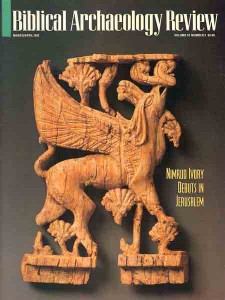 An Israeli court has issued an injunction ordering the Biblical Archaeology Society, the publisher of BAR, not to distribute or even USC its two-volume set of photographs of the hitherto unpublished Dead Sea Scrolls.

The injunction was issued in a suit filed in the District Court of Jerusalem and instituted by Professor Elisha Qimron of Ben-Gurion University of the Negev in Beer Sheva, Israel. In addition to BAS, the defendants are BAR editor Hershel Shanks and the two scholars who prepared the volumes, Professor Robert H. Eisenman of the University of California, Long Beach, and Professor James M. Robinson of Claremont Graduate School and director of the Institute of Antiquity and Christianity.