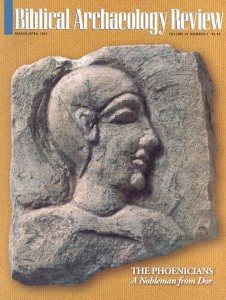 In a letter to the editor in Queries & Comments, BAR 18:06, Jerusalem guide Walter Zanger questions whether the installations found in the Jewish Quarter excavations directed by the late Nahman Avigad were really mikva’ot (ritual purification baths, singular mikveh), as they were denominated in an article on those excavations.a

According to Zanger, only one of the water installations found in this excavation was really a mikveh. The others, he says, “weren’t mikva’ot at all!” (exclamation point in original).