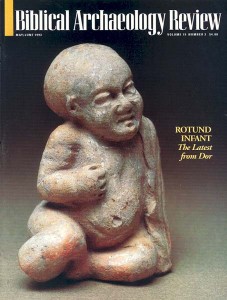 David, while fleeing from King Saul, joined the Philistines, ancient Israel’s bitter enemies. With 600 men (and their families), David presented himself to Achish, king of the Philistine city of Gath, and asked for asylum. Achish gave David the town of Ziklag, and David lived there a year and four months (1 Samuel 27:1–7).

With Ziklag as his base, David raided the Geshurites, the Girzites and the Amalekites, who, we are told, inhabited the region of Olam (or Telem) on the way to Shur and on to the land of Egypt (1 Samuel 27:8). When David reported his raids, he told Achish that he had raided several Negev regions, including the Negev of Judah, belonging to his own people, but in fact David studiously avoided any attack on his own people (1 Samuel 27:9–11).

Thus far, modern scholarship’s search for Ziklag has been unsuccessful. From the Book of 1 Samuel and other references, Biblical geographers know that Ziklag was located somewhere near the border of the Philistine coastal plain, as it ascends to the steppe and desert areas to the east and southeast.