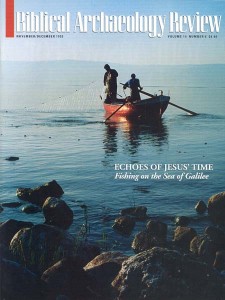 In 1968 Siegfried Horn of Andrews University began large-scale excavations at a site everyone thought was Biblical Heshbon. This was Tell Hesban (or Hisban). Horn, his chief archaeologist, Roger Boraas of Upsala College, and other staff members had participated in the influential Shechem excavations led by the dean of American archaeologists at that time, G. Ernest Wright of Harvard University. The Hesban dig was the largest ever to be fielded in Jordan up to that time.

By uncovering this 50-acre mound about 15 miles southwest of Amman, the modern capital of Jordan, Horn hoped to find evidence of the Israelite defeat of the Amorite king Sihon as recounted in Numbers 21:21–32. The era’s archaeological giants, such as William F. Albright, Roland de Vaux, Martin Noth and Wright, all encouraged Horn to dig at Hesban for this reason.

According to Numbers, when the Israelites were approaching the Promised Land at the end of their 40-year trek from Egypt, they had to pass through the lands east of the Jordan to get to the river. They sent a message to the Amorite king Sihon that they would not even drink from the wells. Sihon responded by engaging the Israelites in battle. But the Israelites were victorious, burning Sihon’s capital city, Heshbon, and settling the tribe of Reuben in the land of the Amorites.