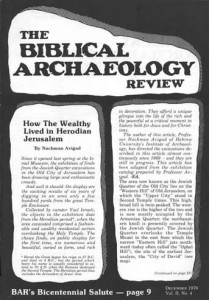 Literary tradition is clear that St. Peter was crucified in Rome and was buried at a place called Vatican. Archaeology has confirmed that the Church of St. Peter was built above, and to commemorate, the place of his burial.

In the first 11 chapters of Acts, Peter is depicted as the leader of the early church of Jerusalem. He works there and in the immediately surrounding regions, including Samaria. In Acts 12:1–5, we learn that Herod Agrippa I (who reigned from 41 A.D.–44 A.D.) arrested Peter and put him in prison, apparently intending to put him to death. (Acts 12:5 says Herod intended “to bring him forth to the people”, evidently a 004euphemism meaning to execute him.) This occurred in the spring of 41 A.D.

However, according to the Biblical account, Peter was miraculously delivered from prison by an angel (Acts 12:7–11). Shortly thereafter, he left Jerusalem (Acts 12:7)—no doubt a prudent move.

According to Eusebius’ Chronicle and Jerome’s Illustrious Men, Peter went first to Antioch where he founded a church, then travelled to and preached at a number of other places in Asia Minor and Greece, and finally arrived in Rome sometime late in 42 or early 43. There, as Jerome tells us, he “held the sacerdotal chair … for twenty-five years until the last, that is the fourteenth year, of [the Emperor] Nero.”