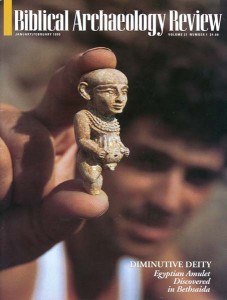 Jerusalem will celebrate its 3,000th anniversary as the capital of Israel in 1996. The tri-millennium began with King David’s capture of the city from the Canaanite Jebusites, as recorded in the Bible (2 Samuel 5:6–9 and 1 Chronicles 11:4–8).

David first ruled for seven years in Hebron. Up to that time the Israelites had been unable to wrest Jerusalem from the Canaanites. When David captured the Fortress of Zion (metsudat tsion—2 Samuel 5:7; 1 Chronicles 11:5), he made it his capital. In this way he united the country, ruling from a city that did not belong to any of the twelve tribes.

How 1996 became the 3,000th anniversary of this event is as yet an untold story. The date was chosen by former Jerusalem mayor Teddy Kollek. No one knows exactly when David conquered the city; scholars generally date it about 1000 B.C.E., but some books give the date as 996 B.C.E. What probably happened is that someone noticed this and immediately realized that 1996 was coming up. According to the Jerusalem Post, several scholars advised Kollek that 1996 was the 3,000th anniversary. (But no one seems to know who these scholars are.)