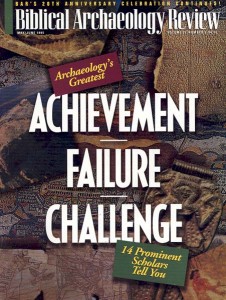 Was the Ark of the Covenant taken from Solomon’s Temple in Jerusalem during the reign of King Manasseh in the seventh century B.C.E. to an island called Elephantine in the Nile River? Was it housed there in a Jewish temple much like the one King Solomon built?

These are the contentions of Graham Hancock in his bestseller, The Sign and the Seal: The Quest for the Lost Ark of the Covenant.1 According to Hancock, more than two centuries later the Ark of the Covenant moved on from Elephantine on the Nile to Ethiopia, where it still resides in a “secluded sanctuary chapel” in Axum.2

A former writer for the London Economist, Hancock is an excellent researcher who understands what he reads. His contention about the Ark’s temporary stop at Elephantine, 055therefore, bears looking at. If it proves to be incorrect, or overly speculative, at least we will learn a lot about a fascinating Egyptian island and the cache of ancient Aramaic texts discovered there.

One item is not speculative, however. There was a Jewish temple on Elephantine in the sixth and fifth centuries B.C.E., where sacrifices, including animal sacrifices, were offered. Regardless of what else may be said of Hancock’s arguments, this much is factual.