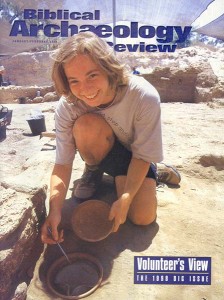 Nothing in the archaeological record of Egypt directly substantiates the Biblical story of the Exodus. Yet a considerable body of Egyptian material provides such close analogies to the Biblical account that it may, in part, serve as indirect proof for the Israelite episode.

No other event figures so prominently in the Biblical tradition as one of the foundations of Israelite faith. The Bible refers to the Exodus from Egypt more often than it does to any other event in Israel’s past—in the historical narratives, in the prophets and even in the psalms.

Is the Exodus story merely the product of later, primarily theological, contemplation, or was it a historic event? To decide, we must first recognize that the Exodus story is a folktale. This does not automatically deprive it of all historicity, but it does require us to focus not on the elements of folklore and artifice in the account, but on what Goethe called die grossen Züge, “the broad sweep of affairs.” Does the Israelites’ sojourn in Egypt, their enslavement there in what the Bible terms beth avadim, the house of bondage (a very apt coinage characterizing totalitarian regimes throughout history), their exit and flight from Egypt into the Sinai desert and, finally, their takeover of Canaan hold a kernel of historical truth, or are these events merely figments of the imagination of later scribes?