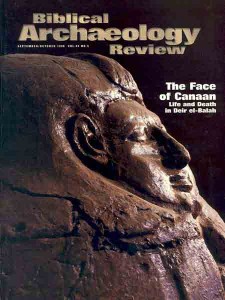 Avraham Biran and his team have uncovered several shrines at Dan in addition to the large open-air bamah (high place) near the source of the Jordan River. Unlike that royal bamah, these shrines contain striking monoliths called , or sacred pillars.

While clearing the fallen debris of the city wall between the outer and inner gates, which Tiglath-pileser III destroyed in 733/32 B.C.E. during his assault on Israel, Biran found a set of five standing stones (labeled number 3) bordering the wall. Votive vessels, seven-wick oil lamps, incense bowls and the bones of sacrificed animals found in the vicinity convinced Biran that the monoliths were indeed .