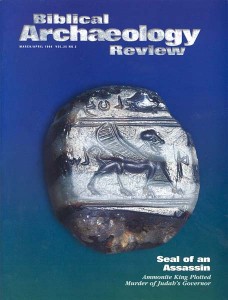 The fiery destruction of Hazor, the Book of Joshua recounts, was the final episode in the Israelite conquest of Canaan. Once Joshua burned down this key city—“the head of all those kingdoms,” as Joshua 11:10 puts it—the land of Canaan was open to Israelite settlement.

Over the centuries, a new city rose from the ashes. According to the Bible, during the days of the United Monarchy, King Solomon fortified the city (1 Kings 9:15).

The rebuilding of Hazor by the Israelites during the Iron Age (c. 1200–732 B.C.E.) will be discussed in the first installment of this two-part article. The second installment will explore the life and death of the earlier, Canaanite city—and will look into the puzzle of who destroyed it.

Hazor was the most important site in southern Canaan. It controlled the main trade and military routes that connected Israel to Phoenicia and beyond, to Syria, Anatolia, Mesopotamia and Egypt.