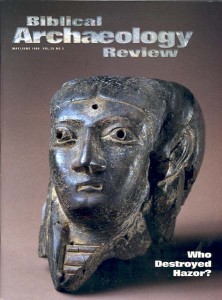 Is It the Bible’s “Bethany Beyond the Jordan”?

Jordanian archaeologists have uncovered the remains of two Byzantine churches on the east bank of the Jordan River, about 5 miles north of the Dead Sea—churches that may mark the site of Jesus’ baptism.

But a site directly across the river, on the Israeli-controlled west bank, already claims that honor; it features a Greek Orthodox Monastery of St. John built in the fifth century and a Franciscan chapel from 1933.

Centuries-old accumulations of dirt, desert shrubs and land mines placed along both sides of the river during the 1967 Arab-Israeli war delayed discovery of the Jordanian churches.

Mohammed Waheeb, who heads the Jordanian dig, identifies the site as “Bethany beyond the Jordan” (John 1:28), where John baptized Jesus and where Jesus and John the Baptist preached. “The most important thing is that we have found everything as the pilgrims described it,” says Waheeb. “The Byzantines demolished everything that was there before them, but we found pottery and coins dating to the time of John the Baptist.” One of the churches stands at the mouth of the Wadi el-Charrar, where tradition says the prophet Elijah ascended into heaven. Waheeb said that his team has also uncovered the ruins of four small chapels, two of which were built on top of each other.