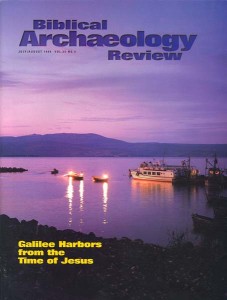 Changing of the Guard in Israel

Members of Israel’s archaeology community are taking a wait-and-see attitude in the wake of the recent national election, though they expressed satisfaction with Ehud Barak’s landslide victory over Benjamin Netanyahu for prime minister.

Archaeologists have chafed in recent years over the increased influence of religious parties in archaeological matters. “It all will depend on what kind of government is put together,” said Moshe Kochavi, chairman of the Archaeological Council, which advises the director of the Israel Antiquities Authority (IAA).

A key factor will be who will head the Ministry of Education, which oversees the IAA. “We didn’t have problems with the education ministry, just certain factions of the ultra-religious [within it],” Kochavi said. “If they will be in a position where they can continue to attack archaeology, then the situation will be bad. But nobody knows, not even Barak.”

Kochavi noted that for archaeologists the threat came from the United Torah Judaism party, which is composed of ultra-Orthodox Jews of Eastern European ancestry and whose supporters have protested—sometimes violently—at excavations that they accuse of disturbing ancient Jewish graves.