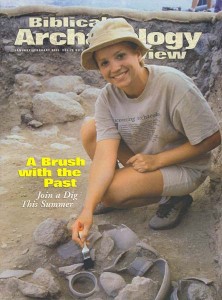 The Bethsaida Excavations Project (BEP), led by the authors of the accompanying article, has definitively located ancient Bethsaida at et-Tell. Or has it?

While their identification has gained the imprimatur of governmental bodies in Israel—official maps place Bethsaida at et-Tell and the Israel Antiquities Authority (IAA) has erected signs for visitors there—their work has failed to win over one important figure, Mendel Nun. Like some earlier explorers of the Galilee, Nun champions el-Araj (above) as the site of Bethsaida.

Though not a professional archaeologist, the 81-year-old Nun is widely recognized as one of the leading experts on the Sea of Galilee, its environs and ancient fishing techniques. Nun has gained his knowledge from many decades of exploring the lake as a longtime member of the fishing village of Kibbutz Ein-Gev. Often when someone makes a discovery along the Galilee, the first cry is, “Let’s call Mendel!” Nun is recognized as an Antiquities Trustee by the IAA, and he has contributed several articles to BAR.e