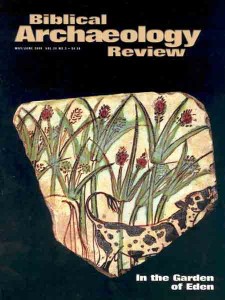 For ancient Israel, the Temple of Solomon—indeed, the Temple Mount and all Jerusalem—was a symbol as well as a reality, a mythopoeic realization of heaven on earth, Paradise, the Garden of Eden.

After King David’s conquest of Jerusalem, the site became the “City of David.” But it was much more than the patrimony of the king and his household. It was also the sacred center where Yahweh, the personal name of the Israelite deity, established his house and household. Solomon built the deity’s house—the Temple—and the king’s house—the palace—side by side on the acropolis, the sacred mountain known as Mt. Zion. This cosmic mountain linked heaven and earth (as axis mundi); from here order was established at creation and was continually renewed and maintained through rituals and ceremonies. It was here that Adam and Eve were buried, according to Jewish tradition.

The whole drew on celestial archetypes that were common to ancient Near Eastern cultures. Cosmic mountains, for example, were traditionally situated above the primordial waters (the “deep”), which, in an orderly cosmos, became the source of the sacred rivers that watered the four quarters of the earth.1