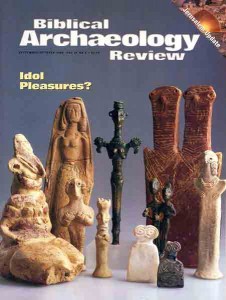 If you want to observe the latest scientific techniques being applied in a live excavation and, five minutes later, experience what it was like to explore the Holy Land in the 19th century, before archaeology touched it and ancient sites simply lay in ruins, then go to Kedesh, in northern Israel, just south of the Lebanese border.

In any circumstances, a trip to Kedesh can be jarring. But to add to the unreality, on the day we visited Tel Kedesh this past May, Israeli troops were just leaving Lebanon. We were being shown around by codirectors Sharon Herbert of the University of Michigan and Andrea Berlin of the University of Minnesota, and it was a strange, unsettling experience to look down at the excavation squares then up at the attack helicopters going into and out of Lebanon. Moreover, as we listened to the excavators discuss a magnetometer survey that had located a huge underground building (now being unearthed), we simultaneously heard the none-too-distant artillery shells, which raised puffs of dust and smoke on the horizon. Where we stood, a mere 044one mile south of the border, everything was serene and peaceful. We never felt as if we were in danger. No shells were coming toward us. Yet within earshot, a war was going on. We did not know that Israel would complete her withdrawal from Lebanon the next day.