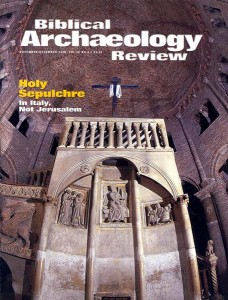 Cyrus Gordon is a scholar of enormous range. His bibliography of more than 35 books and 350 articles is divided into over 20 categories, focusing largely on linguistics and social history. Among them are Aramaic-Syriac-Mandaic studies, art and archaeology of the Near East, Assyriology, Biblical studies, Egypto-Semitic studies, Minoan, and Phoenician and Hebrew inscriptions.

Gordon’s views have gained varying degrees of acceptance in the academic world:

His Ugaritic Grammar is universally hailed as a major contribution, making Canaanite religious literature accessible for the first time.1

His emphasis on the connections between the Greek world and the Hebrew world was initially met with great skepticism when Gordon first proposed it more than 35 years ago. Today it is commonplace to acknowledge such connections.

His decipherment of Linear A, which as he says in the following interview he regards as his greatest scholarly achievement, is extremely controversial and is accepted mostly only by his former students.2