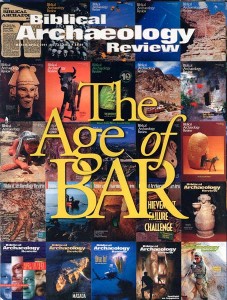 Powerful segments of the religious community in Israel, supported by some Orthodox Jews in the United States, have long objected to the excavation of ancient Jewish tombs, claiming that it is forbidden by Jewish law (halakhah). But, as we have previously shown in these pages, halakhah requires only that the excavated bones be reburied with dignity and respect; and when desecration of graves is threatened, religious law requires excavation and appropriate reburial. The religious objection to excavating tombs is based more on politics than religious law.a

Now, if the objectors are really concerned about the bones of their ancestors, they will implore archaeologists to excavate certain graves so that the bones can be reburied with dignity and respect. If this doesn’t happen, the skulls in these graves will be smashed by tomb robbers in search of loot, and the rest of the bones will be tossed out.

Metal detectors have recently revealed that among the nearly 1,200 graves at Qumran, adjacent to the caves where the Dead Sea Scrolls were found, are a number of burials in lead coffins.