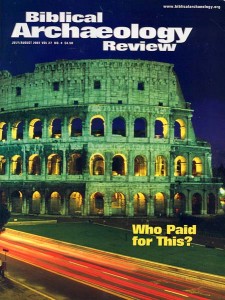 From one perspective BAR is a resounding success. We have a circulation of about 200,000. That’s more than most niche magazines and is a more-than-respectable number for magazines of any type. The New Republic, for example, has a circulation of only 98,000.

From another perspective, however, we have only slightly tapped our market. A recent survey conducted by Carl S. Dudley and David A. Roozen of the Hartford Institution of Religious Research, at Hartford Seminary, involving more than 14,000 churches and 41 denominations or faith communities, sought to determine the source of religious authority. Sacred scripture was the answer in 82 percent of the responses. The other sources of religious authority included the Holy Spirit (60 percent), creeds, doctrines and tradition (15 percent), personal experience (13 percent) and human reason (8 percent). In short, sacred scripture was by far the most common source of religious authority.

More than 90 percent of the congregations offered their members scripture study. Indeed, this was the second most popular member-oriented program (it was only slightly surpassed by Sunday/weekend school).