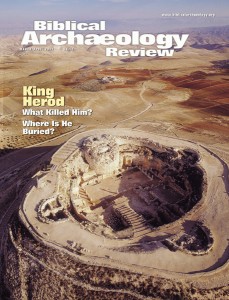 Changing of the Guard at ASOR

Geraty to Replace Seger on July 1

Lawrence T. Geraty, a member of BAR’s Editorial Advisory Board who has long been associated with American excavations in Jordan, will become the next president of the American Schools of Oriental Research (ASOR), the professional organization of archaeologists working in the Middle East. On July 1, Geraty will replace Joe Seger, who has served two 3-year terms. Geraty will retain his position as president of La Sierra University, a small liberal arts school in Riverside, California, affiliated with the Seventh-Day Adventist church.

Geraty told BAR that his first action will be to address organizational questions. “Our membership office is in Boston and our publications office is in Atlanta. Is that an efficient way to run things? I want to make sure we’re not duplicating efforts.”