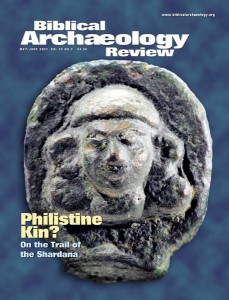 Jerusalem contains a seemingly endless number of fascinating, intimate neighborhoods, many of them little known except to lifelong residents. In a previous issue of BAR, we guided readers on a tour of Jerusalem’s Russian Compound.a Just north of that district is another island in this city where you are transported back to Biblical times and ways—the Ethiopian Compound.

Start your journey into Ethiopian Jerusalem on Hanevi’im Street, or the Street of the Prophets. By itself, a tour of this back road from Damascus Gate would be replete with interest: At the end of the last century it was the center of European activity, with hospitals, religious and educational institutions, consulates and private residences lining its route. These buildings, although not all equally well preserved, have retained their 19th-century form. Apart from the horrendous car traffic, you could easily be back in that cosmopolitan era again.

Intersecting Hanevi’im Street on the north is Rehov Hahabashim—Abyssinia (Ethiopia) Street. Some regard this as the most attractive little street in town, but it is one that Israelis, not tourists, frequent. High stone walls enclose two- and three-story buildings with tiled roofs and courtyards jeweled with flowers. Many of the houses on the eastern side were built by the Arab Nashashibi family for rental at the end of the last century.