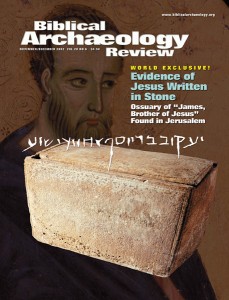 It was a fitting climax. We had been excavating at Tel Dor—an 80-acre tell, or mound, on the Mediterranean coast of Israel—for 20 exciting years. This was to be our last season. It was near the end of the dig when we found evidence of a Greek temple—the first ever discovered in ancient Palestine or Phoenicia.

On this gorgeous site overlooking the sea, we had uncovered layers (or strata, to use the archaeological term) from at least eight civilizations spanning 3,000 years: Canaanite, Sikil (one of the Sea Peoples, Aegean tribes that migrated to ancient Israel), Phoenician, Israelite, Assyrian-Persian, Hellenistic-Greek, Roman and Crusader.

From the combined evidence of both written documents and archaeological remains, it appears that, even before the seventh century B.C.E., but mainly during and after it, Greek traders and mercenaries penetrated into Palestine. This Greek presence seems to have been a result of more than trade relations alone, as has recently been suggested.1