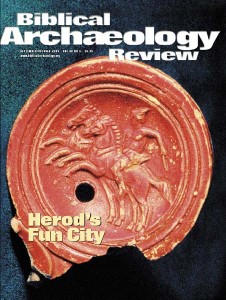 A forgery crisis—or a forgery frenzy, depending on how you look at it—is currently facing Israel.

“Estimates are running as high as 30 or 40 percent of all inscribed materials in the Israel Museum [in Jerusalem] have been forged,” said Professor Eric Meyers of Duke University in a lecture sponsored by Cornerstone University’s Center for the Study of Antiquity (CSA) in Grand Rapids, Michigan, this past May.

“There is no doubt but Israel and its Antiquities Authority is faced with its gravest moral crisis in the history of the State, if not the history of modern archaeology,” Meyers added.