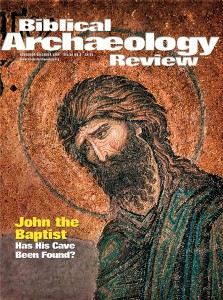 W. Harold Mare, director of excavations at Abila, Jordan, was killed in a car accident near the site on June 21, 2004, one month before his 86th birthday.

Mare was born in Portland, Oregon. His experiences growing up on a farm prepared him well for the rigors of excavations in later life. He received a B.A. in 1941 and an M.A. in 1946, both from Wheaton College, in Illinois. After graduating from Faith Theological Seminary in 1945, he served as a pastor for ten years in Colorado and North Carolina. On his return to academia, he received a Ph.D. in classical archaeology from the University of Pennsylvania in 1961, and then became a founding member and professor of New Testament at Covenant Theological Seminary in St. Louis.

Mare’s colleagues praised both the man and the archaeologist. They recalled his amazing energy, his even temper, his cheerful outlook and his habit of prayer. One colleague wrote, “His passion for his work and his humility were obvious to both Arab and American workers.”