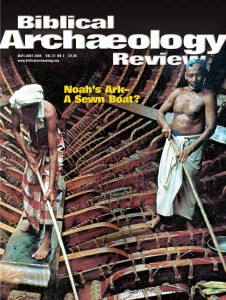 If we propose to study the history of the religion of ancient Israel, we must be governed by the same postulates that are the basis of modern historical method. Our task must be a historical, not a theological, enterprise. We must trace the origins and development of Israel’s religion, its emergence from its West Semitic, particularly Canaanite, past, its continuities with the past, its innovations, individual or peculiar configurations, its new emergent whole, and its subsequent changes and evolution.

This is a task and an interest that are relatively recent in Western thought. Only in the late 18th century—notably with Johann Gottfried Herder’s Vom Geist der hebräischen Poesie (Concerning the Genius of Hebrew Poetry [1782–1783])—were there the first serious attempts to free the study of Israelite religion from dogmatic frameworks—theological or philosophical—and to study it in purely historical terms.

To be sure, Spinoza in the preceding century had raised the most serious questions of literary criticism, arguing, for example, that is was quite impossible to accept the tradition that Moses wrote the Pentateuch, which includes an account of his death. Herder proposed to examine Israel and Israelite religion as a historical phenomenon using a historical methodology in no way different in principle from the historical investigation of the history of Greece and Greek religion, searching for its place in the history of nations and in the history of religions.