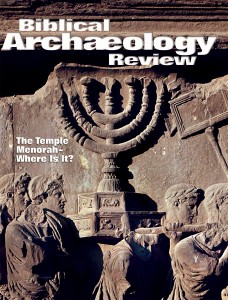 I would like to take a somewhat radical, maximalist view of the size of Jerusalem when the Israelites (or, more precisely, the Judahites) returned from the Babylonian Exile and restored the city walls, as described in the Book of Nehemiah.

There is no doubt that the walls of the city were partly (but not completely) destroyed when the Babylonians conquered the city in 586 B.C.E. (see, for example, Nehemiah 1:3; 2:3, 17). They also destroyed Solomon’s Temple along with much of the rest of the city and deported its citizens to Babylonia. In Jerusalem, “Only the poorest people in the land were left” (2 Kings 24:14).

In less than half a century, Babylonian (or, more precisely, neo-Babylonian) hegemony would be succeeded by the ruler of the world’s new superpower, the Persians. Judah, including Jerusalem, became the province of Yehud. And a more benign ruler, Cyrus the Great, allowed the Jews to return to their homeland and its capital (see box).

For many of the exiles, life had become quite cushy in Babylon, and they elected to stay put. Others, however, returned.