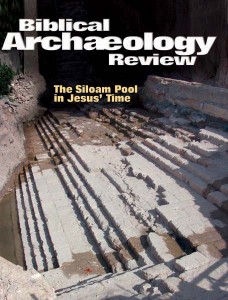 When modern tourists visit Hebron, they focus almost exclusively on the Tomb of the Patriarchs, a magnificent shrine built 2,000 years ago during the Herodian period over the traditional site of the Cave of Machpelah. The Bible tells us the patriarchs Abraham, Isaac and Jacob and the matriarchs Sarah, Rebecca and Leah were all buried there. The relative dimensions of the structure, and even the style of its ashlar masonry, are similar to the great Temple Mount enclosure wall that Herod built in Jerusalem, on the site where Solomon had built the First Temple and where the exiles returning from Babylon built a more modest structure that Herod replaced.a

Most visitors depart unaware that just a thousand yards to the west, easily visible from the shrine, is the mound that was the site of the ancient Biblical city of Hebron. The hill, called Jebel er-Rumeide in Arabic, rises prominently above the surrounding buildings in the center of the modern city.

Biblically speaking, before Jerusalem, there was Hebron. And except for Jerusalem, no other ancient city is more important in Biblical tradition than Hebron.