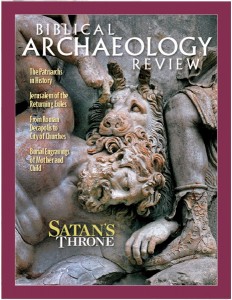 Jozef Milik, a member of the original team assigned to edit and publish the fragmentary Dead Sea Scrolls, died on January 6 in Paris at the age of 83.

A Polish priest who ultimately left the priesthood and married, settling in Paris, Milik was generally considered among the most brilliant members of the small publication team. He was especially noted for his uncanny ability to fit together the disparate pieces among thousands of scroll scraps and to decipher their often indistinct script and esoteric content.

He took upon himself, with the agreement of his colleagues, the task of editing and publishing a larger collection of scrolls than any other member of the team. In explaining this project, Time magazine called him “the fastest man with a fragment.” His massive assignment proved to be an impossible task. He was unable to complete work on his portion, and as a result he bore a major share of the criticism of the team’s failure to publish the scrolls for almost 40 years. To Milik’s bitter resentment, the unpublished balance of his assignment was taken from him in the end by the Israeli-appointed chief editor, Emanuel Tov.