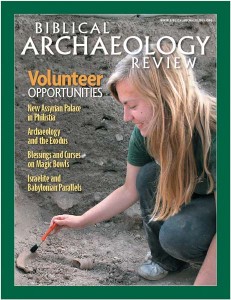 According to Dan Levene, an expert in Jewish magic incantation bowls, more than 2,000 of these fascinating vessels have survived.1 The vast majority bear inscriptions written in a dialect known as Jewish Aramaic and were produced in Jewish communities in Babylonia between the third and seventh centuries C.E. Precisely how they functioned, however, is still a mystery.

These bowls are usually approximately the size of a large cereal bowl and are inscribed in cramped writing that spirals around the interior of the bowl from the center to the outside. Occasionally, they are accompanied by drawings—perhaps of the demons against whom they were meant to protect.

Belief in demons as the source of ills that befall humankind was widespread in antiquity. These evil spirits could be dealt with, however, by a variety of magical rites or formulae invoking other supernatural forces—numerous categories of angels and a myriad of benign spirits—that would counteract the negative effect of the demons.

Sickness, for example, was thought to be a result of demonic possession. If that were the case, the use of magic incantation bowls—invoking the power and aid of the good spirits that shared this world with the demons—might be even more effective than a doctor.