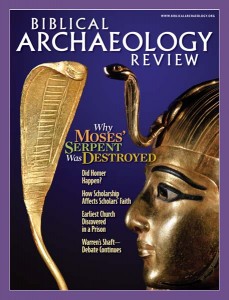 Three major excavations were conducted in Jerusalem after the Old City and the area known as the City of David came under Israeli control in the 1967 Six-Day War. Benjamin Mazar excavated at the southern wall of the Temple Mount, Yigal Shiloh excavated in the City of David, and Nahman Avigad excavated in the Jewish Quarter of the Old City. All three died without completing their final excavation reports. All three of these reports are still being completed by their respective assistants.

Probably the most meticulous excavator of the three was the universally admired and thoroughly dedicated Nahman Avigad, who worked tirelessly in the Jewish Quarter. Perhaps that makes it appropriate (and explains) that the multi-volume final report, largely in the hands of his assistant Hillel Geva, is the most sumptuous of the three excavators’ reports. The first two volumes of this excavation report describe the remains of fortifications from the First and Second Temple periods, as well as some of the inscriptional finds. The third volume, just out, reports on the numerous so-called small finds from one major area (Area E) in Jerusalem’s Upper City shortly before the Roman destruction of 70 C.E.: stone basins, pottery, coins, glass vessels, bone and metal artifacts, animal remains and roof tiles of the Tenth Roman Legion, which occupied the city after the destruction.

Future volumes will be devoted to the Byzantine Cardo and the Nea Church (Volume IV) and the Burnt House (Volume V). More as-yet-unplanned volumes will follow after that. This gives even the casual reader some idea of what is involved in publishing a major excavation.