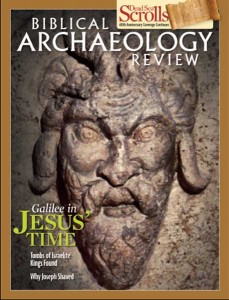 The Temple Scroll is the longest Dead Sea Scroll (over 28 feet, preserved almost to its entire length) and one of the most important. It was excavated by Bedouin in Cave 11 in 1956 (since then no more scrolls have been discovered at Qumran).

The Dead Sea Scrolls can be divided into three main categories: Biblical, sectarian and other. The Temple Scroll is sectarian, that is, it belongs to the Dead Sea sect, identified by most scholars with the Essenes. It was composed, most probably, in the second part of the second century B.C.E., approximately 200 years before the destruction of the Second Temple.

The scroll is a halakhic (legal) composition, a rewriting of Pentateuchal passages, dealing with the laws as they were interpreted by the sect (mostly laws that differ from the laws of normative, Pharisaic Judaism).

Five major subjects are dealt with in the scroll: the Temple, the king’s statutes, the feasts, the festival sacrifices, and laws of purity. More than half of the scroll, however, is devoted to the Temple and the Temple City, hence its name. The members of the sect did not participate in the cult of the Temple that existed in their period because they regarded it as unclean. The temple described in the Temple Scroll is an ideal edifice that was never built.