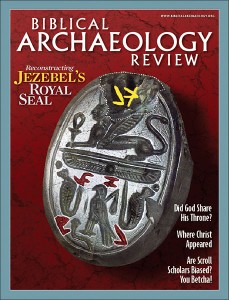 The principal competitor of Nicopolis as New Testament Emmaus is el-Qubeibeh, often referred to as Emmaus-Qubeibeh.

The site lies 8 miles northwest of Jerusalem. This fits nicely with 60 stadia as the distance between Emmaus and Jerusalem, as specified in most of the ancient copies of the Gospel of Luke. The competitive site of Emmaus-Nicopolis is a viable candidate for New Testament Emmaus only if these ancient witnesses are wrong and the texts that specify 160 stadia are right.

On the other hand, el-Qubeibeh was never identified as Emmaus until the Crusader period. The earliest reference to the site as Emmaus is in 1290. The suspicion of course is that the Crusaders decided that the site then known only as Qubeibeh was in fact Emmaus because they wanted a spot to point to for pilgrims to the Holy Land— and Qubeibeh fit the distance called for by most copies of the Gospel of Luke. (For the same reason, so the argument goes, some Crusaders also identified Abu Ghosh, just outside of Jerusalem, as Emmaus.)

Scholars who opt for Emmaus-Nicopolis sometimes say that nothing earlier has been found at Emmaus-Qubeibeh. Thus, if true, Qubeibeh was not mentioned as Emmaus until the Crusader period, and nothing has been found at the site earlier than this.