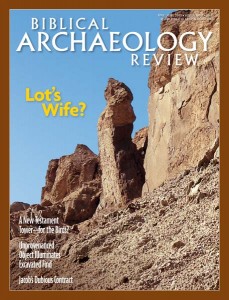 More than 2,000 years ago, six Bactrian nomads built their tombs atop the small mound of Tillya Tepe (“Mound of Gold”) in the barren plains of northern Afghanistan. While their tombs were relatively simple affairs, the nomads wore burial garments adorned with intricately carved gold and jewelry. Upon their discovery in 1978, it became known as the “Bactrian Hoard.”

One of the more remarkable finds from the tombs is a pair of bejeweled pendants depicting the so-called “Dragon Master,” one of which is shown here. The pendant is topped by a crowned man wearing a traditional central-Asian tunic who grasps two winged dragons by their legs. Dangling below the scene is an intricate lattice of gold medallions, carnelian beads and lotus-inspired floral elements inlaid with turquoise and lapis lazuli. Remarkably, this incredibly intricate piece of ancient jewelry is only 5 inches tall. The pendants were probably worn from a woman’s headdress.

Unfortunately, very little is known about the Bactrian nomadic culture that crafted the pendant, or the significance of the “Dragon Master” motif. Like so many of the pieces from the Tillya Tepe hoard, however, the pendant offers brilliant testimony to the wealth and status of these nomads, who grew rich from their protection and taxation of the great Silk Road leading from China to Rome and beyond.