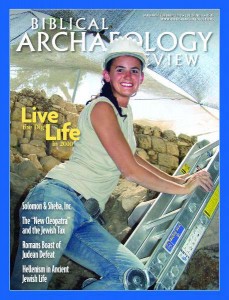 Last March, a team led by University of Haifa archaeologist Adam Zertal happened upon a small, unassuming entrance of a cave while conducting an archaeological survey in the Jordan Valley north of Jericho. Peeking through the narrow opening in the rock face, however, Zertal quickly realized he had made a big discovery—a really big one.

Zertal and his team had stumbled across the largest manmade cave ever discovered in Israel, outside of Jerusalem, a massive underground hall of more than an acre with a 10-foot-high ceiling supported by 20 giant rock-hewn pillars.

The cave’s walls were covered with several Roman and Christian symbols, including Latin letters, a zodiac design, a possible depiction of a Roman legion banner and more than 30 crosses.

The carvings, as well as pottery outside the cave, indicate that the cave was in use from approximately the first century A.D. until at least the sixth century, according to Zertal.

But what was the cave used for?