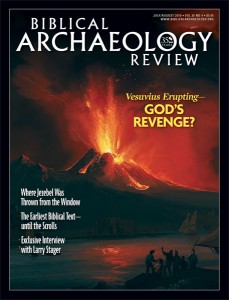 On Wednesday, February 18, 1948, John Trever, a fellow at the American School of Oriental Research in Jerusalem, answered a telephone call asking if the caller could bring by some ancient Hebrew manuscripts for him to look at. It was the last days of the British Mandate over Palestine, the Old City was ringed in barbed wire entanglements, and violence was rife. Trever was more concerned with the safety of the school and the people there than for old manuscripts. But, his curiosity piqued, he invited the caller, a Syrian Orthodox monk he knew named Butros Sowmy, to come by the next afternoon.

Among the manuscripts Sowmy brought with him was a virtually complete copy of the Book of Isaiah (so-called Isaiaha), one of the original seven Dead Sea Scrolls discovered by Bedouin in a cave near Qumran in the Judean Desert.

Sowmy left the manuscripts to be photographed (Trever was a near-professional photographer)—and studied. Were they really ancient? As Trever examined the letters of the Isaiah Scroll under a magnifying glass, trying to date the writing, he recalled an article by the doyen of Biblical and archaeological 044scholars, William Foxwell Albright of The Johns Hopkins University in Baltimore, about a Biblical fragment known as the Nash Papyrus. Albright had dated the Nash Papyrus to the first or second century B.C.E. The letters in the Isaiah Scroll paleographically resembled the letters of the Nash Papyrus, which was then the oldest known Hebrew manuscript containing a Biblical text!