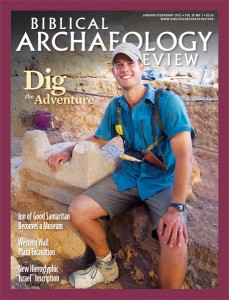 During the First Jewish Revolt against Rome (66–70 C.E.), which ended with the destruction of the Temple, Jews minted their own coins dated to the first, second, third, fourth and, more rarely, even fifth year of the revolt. In other words, dating began with the beginning of the revolt. Many of the coins also bore legends like “Jerusalem the Holy” or “Freedom of Zion.”

The Romans crushed the Jewish revolt in 70 C.E. (except for the holdouts at Masada), but the Jews managed to revolt again a little more than 60 years later. This revolt, the so-called Bar-Kokhba Revolt (132–135 C.E.),a lasted only two-and-a-half years. And the coins from this revolt are much rarer. As in the first revolt, however, coins are dated beginning with the start of the revolt. An example is a coin inscribed, “Year 1 of the Redemption of Israel,” or another inscribed, “Year 2 of the Freedom of Israel.” Rarely, a coin bears the legend “Year 3 of the Redemption of Israel.”

During the Byzantine period (fourth–seventh centuries), a different dating system developed, beginning not with the start of a revolt, but rather the disasters that ended them. For example, synagogue inscriptions and tombstones are sometimes dated as so many years after the destruction of the Temple that effectively ended the first revolt.