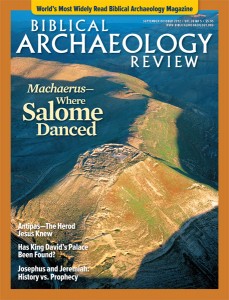 I was born in British Mandatory Palestine in what is now Israel. In our Zionist schools as well as in our youth movement we held annual mock trials of Josephus, the great Jewish historian of the first century C.E. In one of them, I was cast as Josephus.

In court I was asked to identify myself: “Are you Josephus Flavius?” (His full name was in fact Titus Flavius Josephus, but this was not known to us at the time.) This seemingly innocuous question was actually a very loaded one. To our patriotic Hebrew ears, being called by his Hellenistic name was already an ominous sign of selling out. I understood it instinctively. I pompously answered the court with his Hebrew name: “I am Yosef ben Matityahu from a Hebrew origin, a priest from Jerusalem.”

What charges had I to face as a 13-year-old Josephus? Well, the obvious ones:

1. Abandonment and neglect of duty while serving as commander in the Galilee.

2. Desertion of my comrades in arms by not obeying the sacred pact to commit collective suicide after the fortress at Yodfat fell to the Romans in 67 C.E.

3. Defecting to the enemy camp and, worst of all, collaboration with the Romans in trying to persuade fellow Jews under siege in Jerusalem to surrender.